When I was a new bride – starry eyed, idealistic, and “gaga” over my new groom – an older married friend of mine put her arm around my shoulder and took me for a walk. She wanted to prepare me for what, in her opinion and in her own personal experience, “marriage was really like.”

My friend shared with me the concept of the “seven-year itch”, a psychological term that suggests that happiness declines after around year seven of a marriage.  This idea scared me stiff. I couldn’t fathom it.

It couldn’t be true.

I did a little research on the web and discovered that there was actually real research done on this. In a New York Times article on this topic, researcher Dr. Larry A. Kurdek wrote that he found that couples often began their unions with high levels of marital quality, but that it appeared to decrease twice: once rather steeply over the first four years and again after about seven. (The pattern of change was the same for both husbands and wives.) He also reported that couples with children experienced the steepest declines.

“Great!” I thought as I looked down at my growing belly, swollen with my first pregnancy: “I am doomed!”

Desperately trying to not be another statistic – but mainly desiring the marriage of my dreams – I wanted to truly understand why it was that nearly half of marriages today are ending in divorce. I did some homework. I threw myself into marriage classes, read every magazine and article I could get my hands on, participated in workshops, and eventually trained as a teacher in the field of intimacy to help others like me who wanted their marriage to defy the statistics.

I discovered that the number one reason for divorce is infidelity.

You think that this can never happen to you. You think you would never go down that road. No, not me! Not my spouse! We are so committed. We are different. However, the reasons people cheat on each other are not so simple. There are many reasons why even a relatively good relationship takes an unfortunate turn.

Usually, it starts in the bedroom: boredom. Lack of intimacy- both physical and emotional. It is a slippery slope. She’s exhausted. He is never home. One is a workaholic. The kids always get in the way. It becomes complicated to get it together. Blame it on technology, social media, Facebook… The excuses are endless. The bottom line is that marriage starts going stale. Once the couple realizes they need help, it is often too late.

You don’t need to look far to feel the pain and disconnect between spouses these days. Sadly, marriage can be such a lonely place. Relationships are suffering everywhere. If it’s not you, then it’s your sister or best friend. It’s all around us. Marriage therapists are doing well and divorce lawyers are doing even better!

But stop. Take a minute here. Think back to when it all started. Every couple stood under the wedding canopy and had so much love for each other. No one ever entered a marriage thinking it had a chance of failing.

Remember those first dates? The infatuation you felt over him/her? The butterflies in your stomach when you realized that this was the one? The conversations that lasted hours into the night? The feeling of a love so deep that nothing could destroy it. It was real. It was not just a figment of your imagination. If you don’t remember it easily, then pull out a photo album from your wedding or from those early years. Yes, you were both so young and carefree, with no grey hairs or wrinkles. It might feel like ages ago, before life slammed you with stresses and bills to pay, and, thank God, the blessings of children, aging parents, and real life…

Take a good look at the pictures. See the energy, the excitement, the passion, and the love you two had. How can those feelings be reclaimed? Is it even possible to turn back the hands of time? Can that spark be brought back?

Our sages tell us that the night a woman renews herself by immersing in the waters of the mikvah and returns to her husband “she is as dear to him as on the day of their wedding.” The excitement stays alive. Month to month, year after year. Each month she is “dear to him as a new bride.” (Pirkei D’Rabbi Eliezer)

Years ago, I was flipping through an issue of Cosmopolitan magazine while in the waiting room at a doctor’s office. I couldn’t believe my eyes when I read some famous (non-Jewish) marriage therapist suggest that couples abstain from relations for a period of time followed by a period of togetherness and intimacy for two weeks. She basically described the Jewish structure of family purity.

I nearly jumped out of my chair with excitement. Yes! Let the world catch on to this! It does work! And do you know why? Because G-d himself, the One Who created us human beings, set these laws in place from the very beginning. He knows us. He loves us. And He, more than anyone else, wants our marriages to succeed. G-d wants us to experience the greatest pleasures in this world.

You and your spouse put the date on your calendars; circle a big heart around “mikvah night.” Count down the days together. Send each other text messages: “I miss you…” “I can’t wait…” Make it special. Get a babysitter. Do what it takes. Spend the night in a hotel. You’ve waited so long for this night. You’ve earned it. Your marriage is set up to succeed. It’s exciting…every single time. This never gets old.

I have been married for nearly two decades now. I won’t lie and pretend that it has always been smooth sailing. Sometimes we have a hard day or week, even month. Heck, we’ve had some pretty rough years to be quite honest.

Still, every month as I leave the mikvah, I feel so renewed and excited – oblivious to all else. I look up to the Heavens and my conversation to G-d goes like this: “You are brilliant!” “Thank you for this gift!” I excitedly skip to my car, butterflies in my stomach and all.

I am rushing home to meet my groom. For the very first time.

Latest from the blog 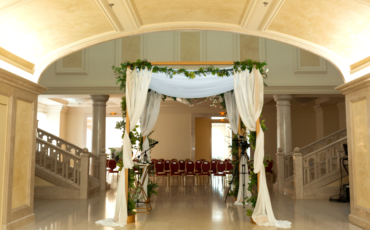 5 min read
What I finally Learned at My Daughter’s Chuppah
It happens at every chuppah. After the bride’s encircling of the groom seven times, after the recital of the special blessings, after the ring has been...
Read more 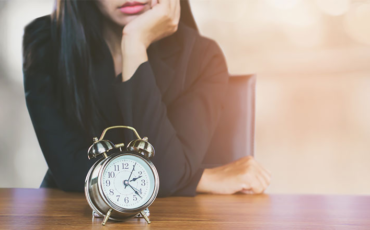 5 min read
The Gift in the Waiting by Eve Levy
I just recovered from Covid. Ugh. It was every bit as yucky as I imagined it. And I had lots of time to think while bored stiff in quarantine (putting...
Read more 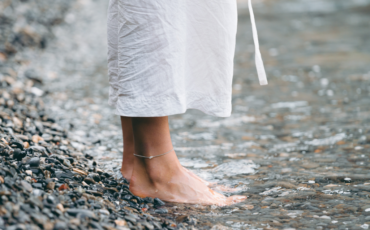 5 min read
Celebrate your Inner Spirituality
We can all picture the image of the spiritual guru sitting on top of a mountain meditating peacefully, not a soul in sight, not a sound to be heard. Even...
Read more

5 min read
The Divine Descent
There’s a well known teaching in Chassidus that says that any descent or challenge that we experience is for the sake of a greater ascent. In Hebrew it...
Read more 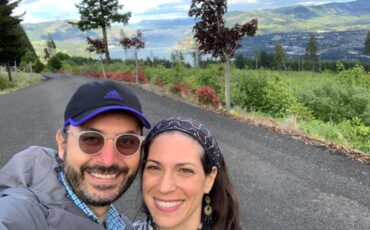 5 min read
Have you ever heard of “the redo”?
I learnt about it from a marriage counselor friend of mine. It’s a simple tool to use in relationships. Simple, easy and it actually really works. Here...
Read more 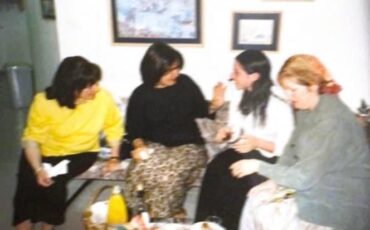 5 min read
Throwback Thursday
I just took down (and dusted off) my wedding scrapbook from over 20 years ago. I found these treasured pictures from the night before my wedding. They...
Read more
Don't miss out

Keep up to date with new videos and articles